What Did People Use To Sleep On? 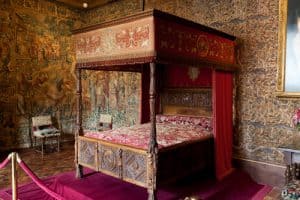 Mattresses haven’t always been with us, at least not as we know them today. The concepts of health and comfort went through many transformations throughout the ages as we can see from the history of mattresses.

Commoners used to sleep on piles of palm leaves stuffed in the corner, whereas pharaoh Tutankhamun had a bed of ebony and gold. It was in ancient Egypt, though, that people started lifting pallets off the floor.

Romans were well-known for their fondness of lavishness. The affluent often had beds made of gold, silver or bronze with mattresses stuffed with hay, feathers, wool or reed. Here’s a tidbit– they were onto water beds as early as then. What that looked like was: the sleeper would rest in warm water and when they got drowsy, they’d be lifted onto a cradle with a mattress. So, it’s more like some spa.

It wasn’t uncommon for bedsteads, which weren’t particularly comfortable, to be propped up at a 45-degree angle, so that the sleeper could jump to fend off an attack, should it come to that.

Bedding was quite extravagant for the well-to-do ones and it included silk, brocade and velvet. Underneath the bedding, coarse-tick mattresses were stuffed with feathers, pea shucks or straw.

The legendary French king Louis XIV adored staying in bed and he was especially fond of luxurious and ostentatious bedsteads. He was even known to hold court in the royal bedroom.

Cast iron and cotton mattresses came to use as they were less conducive to fostering insects and vermin. Yep, up until this point, bugs were accepted as part and parcel of a bed.

The first coil spring was patented in 1865.

In 1900 pocketed coil was patented by Mr. James Marshall. At the time, the invention was known as Marshall Coil.

Innerspring mattresses rose to popularity in the thirties, and in the forties futons were introduced to the US.

In the fifties, foam rubber mattresses emerged in the market.

In the sixties, the waterbed gained the shape we know today and two decades later, in the eighties, we saw the airbed for the first time.

The nineties saw a market victory for queen size mattresses and the two thousands are seeing an uptick in interest for latex mattresses, which are the best known so far because of their support and all-natural components.

Looking for a mattress? 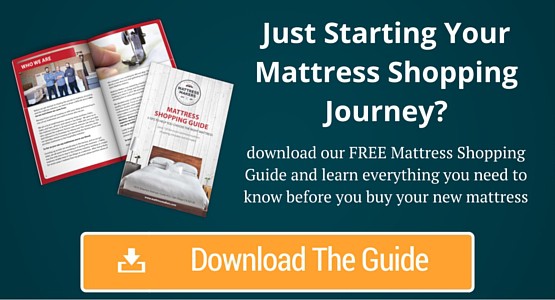 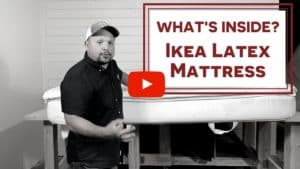 The Anatomy Of A Mattress: Ikea Latex Mattress 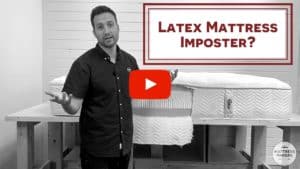 The Anatomy Of A Mattress: Comfortpedic Latex Mattress 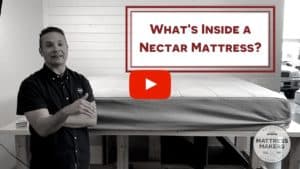 The Anatomy Of A Mattress: Nectar Mattress