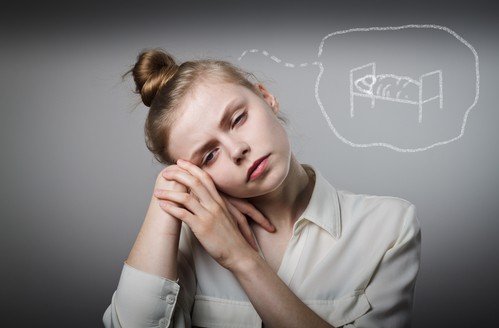 We all want to sleep easy at night. That’s why we invest in a top quality mattress. Still, some of us suffer from sleeping disorders. Some are quite mild and can be shrugged off as a slight nuisance. Others can be quite troublesome, and even downright dangerous. Some of them need to be treated by a professional, whereas others can be caused by something as preventable as having a bad bed, or an unfavorable sleeping position. Following is a list of most common sleeping disorders.

Sleep apnea is a disorder where the sleeper’s breathing is interrupted during sleep. It can be quite a serious condition if not treated. There are actually two subtypes of this condition. Obstructive sleep apnea is caused by an obstruction in the airways. Most commonly, it is the soft tissue of the velum which causes the obstruction. It is characterized by snoring, fatigue and sleepiness during daytime as well as gasping during sleep.

The second type of sleep apnea is more serious. It is called central sleep apnea. It is not caused by the blockage of airways, but by the brain’s failure to instruct the body to breathe. The name comes from the connection to the problem in the central nervous system. Central sleep apnea is characterized by gasping for air and awakening at night.

This disorder is not limited to the sleeping state, as it is often reported in people who are fully awake. It occurs during longer periods of non-movement. The sufferers experience strong urge to move their limbs. The reason it is categorized as a sleep disorder is that it often occurs in the evening, making it very difficult to fall asleep, or to stay asleep. It leads to daytime sleepiness, irritability and inability to concentrate during the day.

This is a neurological disorder which causes the sufferer to have irregular sleeping patterns, with uncontrollable urge to fall asleep during the day. These episodes of sleepiness can occur at any time, which makes them very dangerous for the sufferers.

This is far less problematic than the previous entry, yet it can cause quite a lot of problems to the sufferer. This disorder manifests in the inability to fall asleep and wake up at socially accepted times. The sufferer can attain a normal duration and quality sleep, just not at the expected time. Circadian rhythm of these individuals is not disrupted, only shifted to atypical time of day.

The most well-known sleep disorder is probably insomnia. The inability to attain sleep at times affects at least 50% of the population. This is known as acute insomnia. It can be caused by many things, including stress, diet, uncomfortable bed, etc. If the problem persists for longer than one month, the condition is considered chronic. People suffering from insomnia reportedly suffer from lack of energy, forgetfulness, difficulty concentrating, but can also suffer some more serious consequences, such as poor performance at work/school, disruptions in personal or professional lives and even depression.

All of these conditions can seriously decrease the quality of our lives if left untreated. However, if you recognize some of the symptoms in yourself, you don’t necessarily suffer from the disorder. You might just be sleeping on a wrong type of mattress. To find out more about what’s best for you, consult our useful blog post about mattress types. If you decide you need a new mattress, find our mattress store in San Diego, or contact us.