One of the easiest and best methods for improving the quality of sleep is actually a simple one – taking a warm bath before going to bed. Couple that with a new mattress from the best of San Diego mattress stores, and you’re golden. 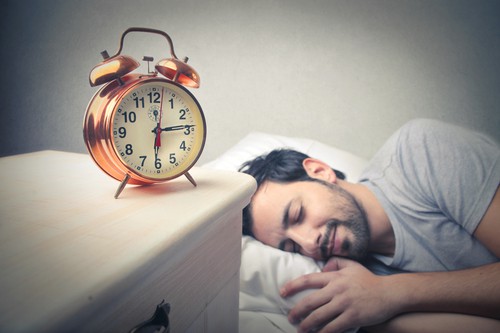 Have you ever had one of those nights when you slept for at least 8 or 9 hours, yet you woke up as tired as you went to bed? Or even more, so have you ever had a night when you only slept 4-6 hours and you woke up feeling recharged and energized? Not all sleep is equal. The quality of your sleep has a lot to do with your sleep cycle. For better sleep, read up on the sleep cycle, how to best manage your sleep and wake up fresh and rested every day.

First of all, sleep is not a time when our brains shut down and rest from the hard day’s work, as we once thought. Instead, it is a state of altered consciousness, where our typical waking brain patterns are replaced by different ones. The human sleep is controlled by something called the circadian clock, or the circadian rhythm.  It is also known as the inner clock. It tells us when it’s best to sleep. It may vary from person to person, but only slightly. Any bigger discrepancy form the norm is considered a sleeping disorder.

Two distinctive stages of sleep are REM and non REM sleep. Periods of human sleep usually repeat every 90 minutes. There tend to be 5 cycles per night with non-REM preceding REM phase, and then changing between them until waking up. Non-REM sleep is divided into three separate stages, with each having distinctive physiology and function. So even if you have enough time to sleep, skipping some of these stages can result in feeling tired afterwards.

This part of sleep comprises about 80 percent of all sleep in humans. Some common identifiers of non-REM sleep are a decrease in heart rate, body temperature and energy consumption. Even the brainwaves become slower and bigger. There are 3 stages of non-REM which precede one phase of REM in the sleep cycle.

NREM 1 or light sleep is the first stage, somewhere between wakefulness and sleep. Muscles are still active and can twitch. This is when hypnic jerks occur.

NREM 2 is a deeper kind of sleep. The muscle activity decreases and the sleeper becomes completely unaware of the external world.

NREM 3 or deep sleep is also known as slow-wave sleep. In this phase, most of the external stimuli provoke no reaction from the sleeper. This is the most restful phase of sleep, as it relieves the subjective feeling of sleepiness the most.

REM stands for Rapid Eye Movement and it is most commonly associated with dreaming. The name itself is derived from the quick, involuntary movement of eye muscles. This part of the sleep cycle is often associated with a type of paralysis of skeletal muscles. During this stage, the sleeper’s EEG waves are quite similar to those of a wakeful person, but they are harder to awake than those in any other sleep stage. In addition to that, the brain seems to consume more oxygen and energy than in a wakeful state.

The real purpose of REM is unknown, but the lack of it makes higher cognitive function difficult to perform. Very young children tend to have more REM, but from the age of five, it reduces to just 2 hours per day.

In order to have a healthy night’s sleep, you need to go through all these phases uninterrupted. There are many ways to help you with this, but the first step is a comfortable and supportive mattress. If you’re in San Diego looking for a mattress and you need to catch up on your REM sleep, stop by San Diego Mattress Makers today and get a free nap 🙂 Come by our store or give us a call today. 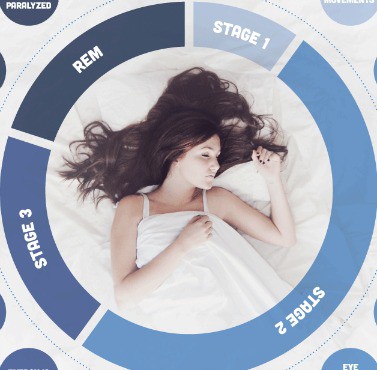 Ever Wonder what is happening when you’re sleeping? The Huffington Post recently posted this infographic helping us understand what goes on.

A lot more is going on than just looking like a dead fish when you’re sleeping. When we sleep we go through what is called a sleep cycle, and within those sleep cycles 4 stages of sleep. Each sleep cycle last approximately 90min.

Stage 1: This is where you’re just falling asleep and your muscles begin to relax. It’s that feeling when you drift in and out of consciousness.

Stage 2: You begin to fall deeper into sleep. Your brain waves begin to slow and your body temperature is starting to drop. This is the longest stage in the sleep cycle.

Stage 3: This is the time when your body begins to restore the muscle and tissues. This also is when your brain does all its daily cleaning of any junk for the day (read this post for more about this.)

Stage 4 or REM Sleep: Have you ever seen someone asleep and you notice their eyes look like they’re going crazy under their eyelids? Well, they’re probably in REM sleep. This is where most of your dreaming happens. 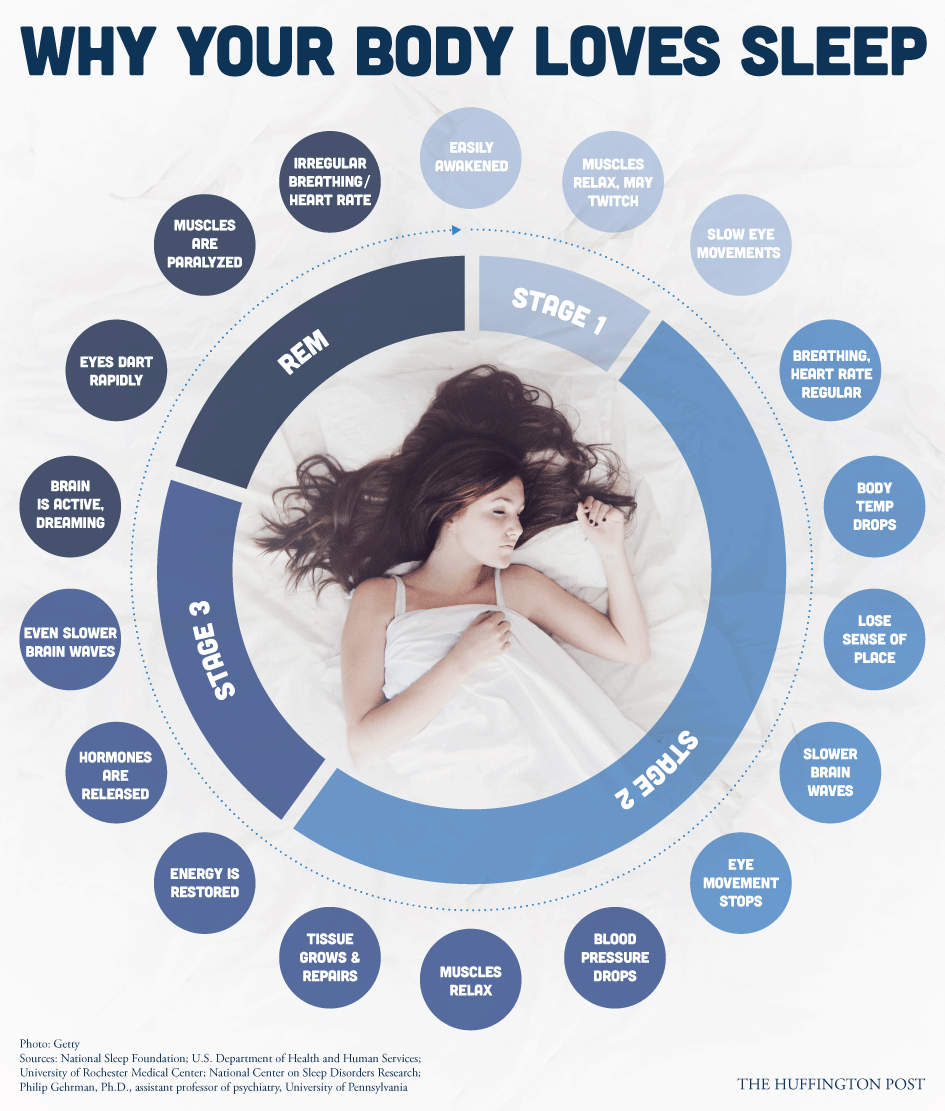 As you can see a lot goes on during our sleep, which is also a reason to make sure you’re getting the proper amount of sleep each night and good quality sleep.

If this helped you in anyway feel free to share it!

Let us know in the comment section how much sleep you get each night on average.